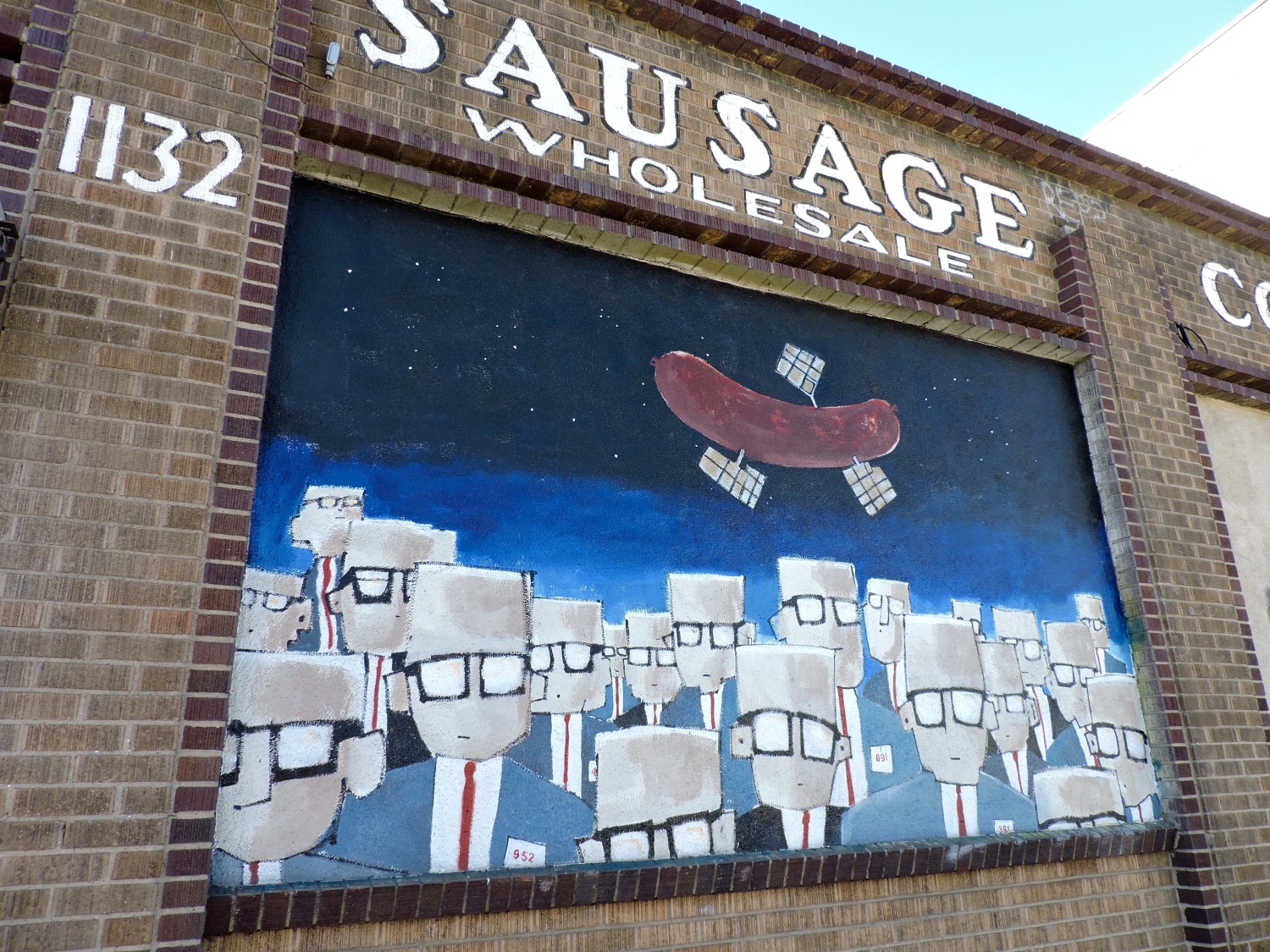 A couple of weeks ago, I was lucky enough to be invited to take a behind-the-scenes tour of the People’s Choice Beef Jerky. After some initial research, I thought I knew what to expect. Armed with my phone and DSLR, I trekked to the heart of Downtown Los Angeles.

Upon first glance of their website, it is clear that this brand is not only well established, but rooted in deep history and family values. In 1929, John Bianchetti founded Peoples Old Market in Los Angeles. His main motivation was to support his family through a neighborhood meat shop that sold only the highest quality products. In 1939, he moved the business to the location I was lucky enough to visit – 1132 East Pico Boulevard. With the move, also came a change in name: Peoples Sausage Company. It was surreal to hear this story from John’s great grandson. While standing in front of the building, Brian shared a brief history of the company’s beginning as well as the history behind the fated mural, the work of Bill Lagattuta. Though painted more recently, this mural could have been present decades ago and still fit the brand and location. It sets the building apart from the surrounding mix of abandoned warehouses and upgraded offices, well that and the wondrous smell of beef jerky. 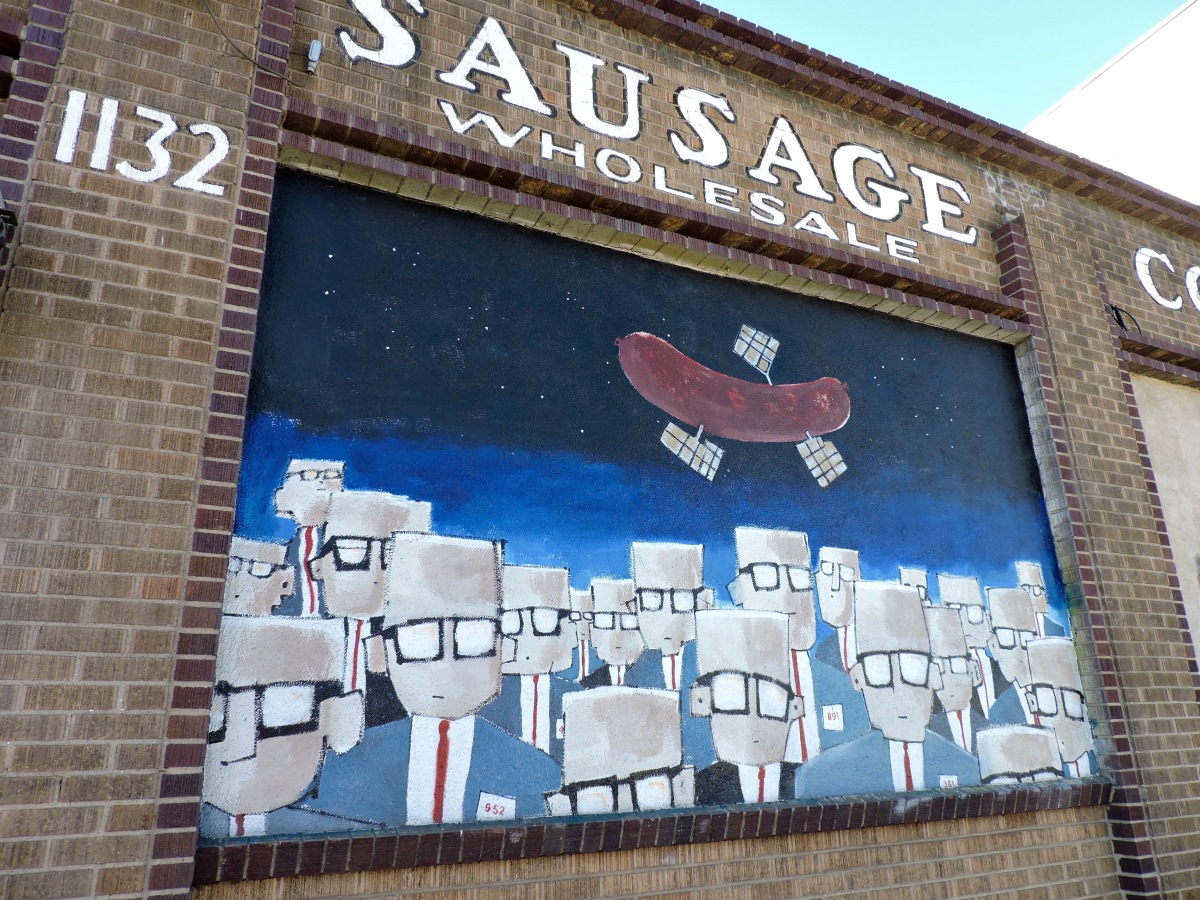 I had been standing outside for 5 minutes, and I was already enthralled by the history of the building, brand and family members behind it all. Before committing to the tour, I explored their website and watched a short video that gave some background information on the company. It was heartwarming to see the same employees in the video, many of which have been there for 10-20 years, at each integral step of the production process.

From slicing, to marinating, to laying, to cooking, their process has stood the test of time. Brian’s father, Mark, fondly remembers the day that he and his father, Paul, entertained the idea of introducing teriyaki as a new and exciting flavor to their brand. They now have over a dozen flavors including Garlic Ginger, Sriracha, and of course, Original. Another fun fact, Brian’s favorite is Original from their Old Fashioned line, while Mark’s current choice is the Sweet Chili Habanero from their Tasting Kitchen line. With a full online store including bags, beef sticks, and jerky boxes, they have loyal customers that stop by their storefront on a regular basis – and have been doing so for decades.

After the tour, I sat down with Mark and Brian to learn more. Both men are extremely humble and friendly, but they both exude a sense of pride, as they should. They are the current pillars of this business that began before their time, and will continue to exist for years to come. Mark emphasized that every generation has, not only continued to uphold the core values of the company, but has had something new and exciting to bring to the table contributing to its longevity and success. I didn’t want our meeting to end. We discussed the changing culture of downtown, their favorite new restaurants, which ones were overrated enough for me to lower on my bookmark list, and most importantly, what’s next for the business. Considering Brian’s background in marketing & advertising, and the fact that he found me on social media, it’s clear that he has a vision for the future of the business.

In the immediate, they are focusing on the holiday season. With a new flavor, new products, and a gift guide highlighting other brands that are ‘made with purpose’ – their purpose is clear, and I can’t see what the future holds for this family.