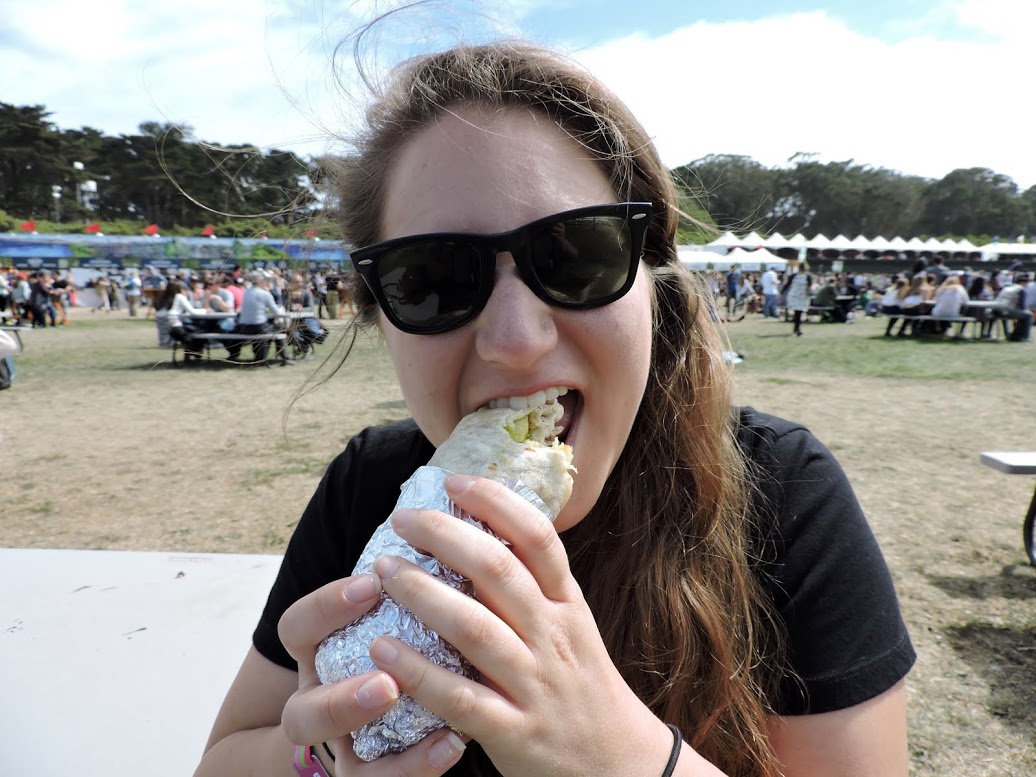 Day 3 of Outside Lands can be summed up in two words: trucks and lands. We ate from so many food trucks and frequented Wine Lands, Beer Lands, Cheese Lands, and Choco Lands the entire day. 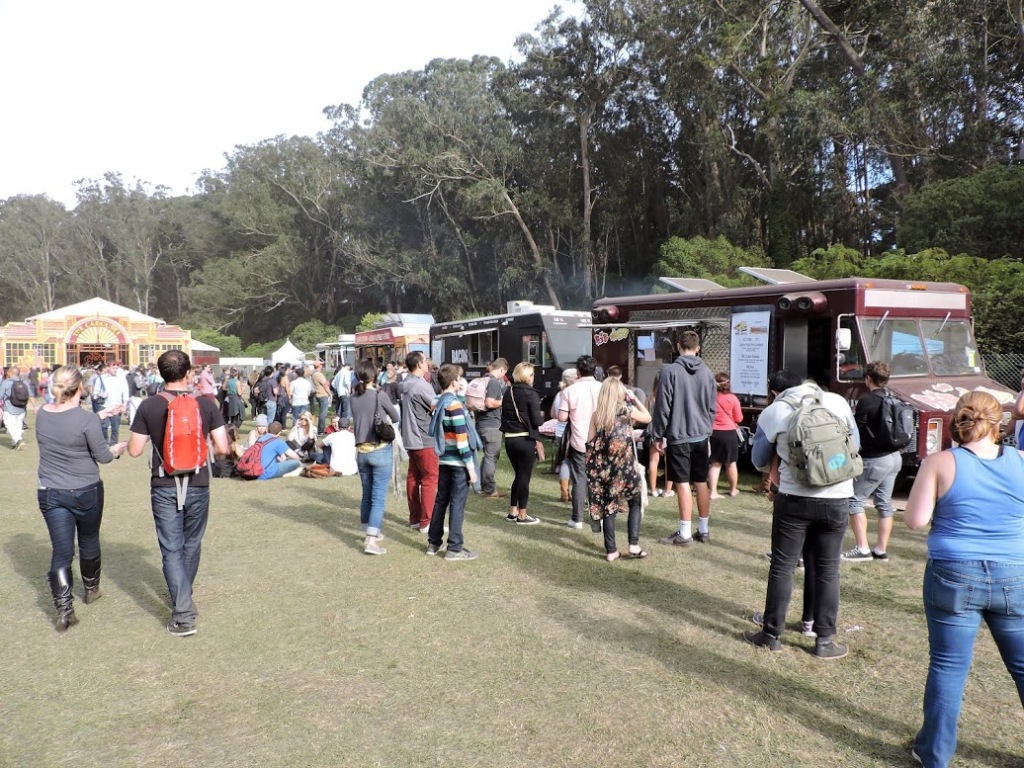 There were so many food trucks to choose from, but we narrowed it down to Bacon Bacon, Del Popolo, Senor Sisig, The Rib Whip, and The Fabulous Frickle Brothers. 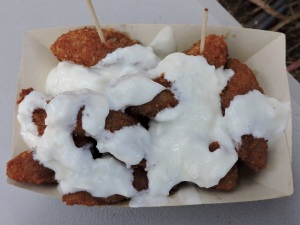 Last year, Those Fabulous Frickle Brothers paired up with their festival neighbor, Bacon Bacon, to add their Fabulous Fried Pickles to Bacon Bacon’s Bacon Burger. It was a match made in heaven. Unfortunately, their location didn’t allow that to happen this year, but it inspired me to try something besides their amazing pickles. We went the dessert route and tried their Fabulous Fried Apples with a Vanilla Coconut sauce on top. The breading created a nice sweet and savory mashup with cinnamon and sugar sweet apples. I’m not a huge fan of coconut, but they added the perfect amount to the vanilla sauce on top. 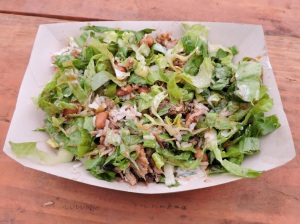 The Rib Whip was serving Pulled Pork BBQ Bowls and while there was a bit too much lettuce for my liking, the meat was cooked perfectly. 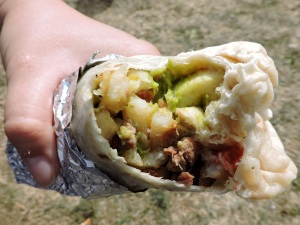 The California Sisig Burrito, from Senor Sisig, has to be one of the best California burritos I have ever had. The french fries were crispy, not soggy, and the sour cream wasn’t overwhelming. They use pork shoulder as their main meat, and I must say that it is absolutely decadent. This award-winning truck has also been featured on Diners, Drive-Ins, and Dives.

Del Popolo had the longest line at Outside Lands for the duration of the festival. I mean, how can you not when you’re serving whole wood-fired Margherita Pizzas? The crust was cooked to a dark brown crisp with generous chunks of mozzarella to balance out the sauce. Their setup is pretty cool too; go to their website and take a look at more pictures of their truck, you’ll be glad you did.

I have a soft spot for all things bacon, so I was definitely looking forward to what the Bacon Bacon truck had to offer. Their BBQ Pork Sandwich and Chocolate Covered Bacon definitely fulfilled my porky cravings. 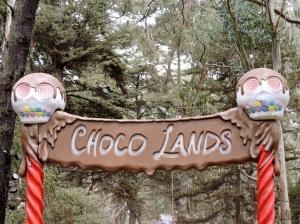 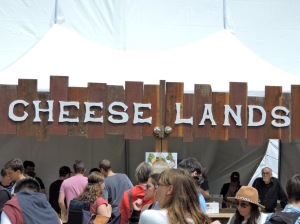 Now, onto the lands. Choco Lands was one of my favorite lands because I have a pretty big sweet tooth. In addition to Humphrey Slocombe’s special edition flavor, Kara’s Cupcakes, Sharona’s Chocolate Shop, and more were serving up delicious chocolate treats! Cheese Lands consisted of platters full of assorted cheeses and charcuterie from Long Meadow Ranch. Bacon Land was serving up $10 bacon flights.

Wine Lands is an expansive tent full of different wineries and packed to the brim with people. I have had most of the options at previous tastings or events, so it was nice to see some familiar names including, Ghost Pines, Hess Collection, J.Lohr, Menage A Trois, and Roth Estate. The tent also featured Summer of Riesling which included a full crash course on different styles of Riesling and fun temporary tattoos. 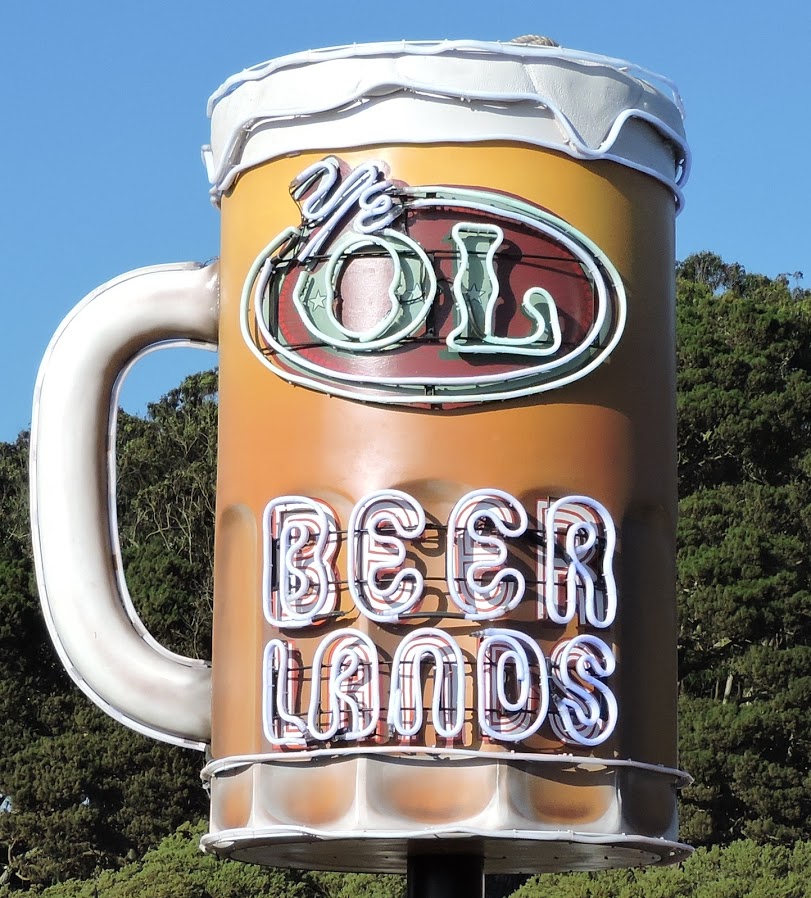 Beer Lands was more of an open area, in comparison to Wine Lands. Featuring over 30 different breweries, Beer Lands had something for everyone. Similar to Wine Lands, I have had many of these beers before, so I already knew what I was getting myself into. Overall, I think the lineup was a good one with selections from Ace Cider, Drake’s Brewing, Firestone Walker Brewing Co., Golden Road Brewing, Lost Coast Brewery, Magnolia Brewing Company, Sierra Nevada Brewing Co., and Stone Brewing Co..

Another addition to this year’s festival was the Gastro Magic stage. Each day, the stage featured different acclaimed chefs and gourmet restaurants, and paired them with a comedian or DJ to create a unique multi-sensory culinary experience. There were too many shows to see, so refer to the Gastro Magic page for a more specific description of each show.